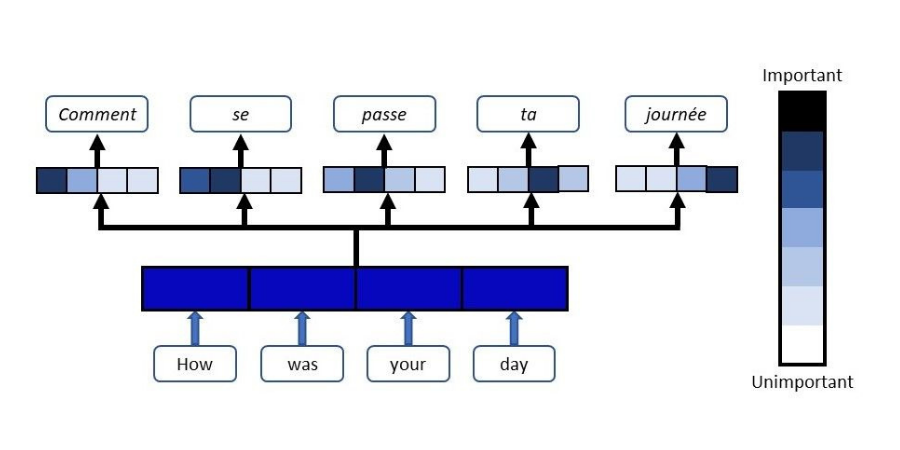 The idea of Attention Mechanism has changed the entire landscape of Natural Language Processing. It led to the development of transformers and many similar architectures/models which have left behind LSTM/GRU's in their performance. Attention mechanisms were already used in the field of visual imaging in the 1990s. The first paper to implement this idea for Natural Language Processing was "Neural Machine Translation by Jointly Learning to Align and Translate" by Dzmitry Bahdanau. This paper was the base of many other studies related to using Attention Mechanisms for NLP tasks.

The next big breakthrough came when Google's machine translation team used self-attention to learn text representation in their paper "Attention is All You Need". This paper didn't use attention with RNN but they introduced a whole new architecture called transformer based on parallel learning compared to the idea of sequential learning in RNN's. Transformers have revolutionized the field of Natural Language Processing and the idea of powering them is of Self- Attention. In this article, we'll mainly focus on basic Attention Mechanisms and try to understand how they have led to new architectures in the field of Natural Language Processing.

To understand the idea behind the attention mechanism we'll take the example of an encoder-decoder model. The basic idea behind encoder-decoder is that encoder takes an input sequence and represents/encodes it in the form of a vector. This vector called the context vector is given to the decoder, which then generates another targeted sequence in decoded form. One example of usage of encoder-decoder is language translation where one language is encoded by an encoder and then decoded by the decoder to the target language.

Now the problem arises when the input sequence is very long. In that case, the single vector from the encoder doesn't provide enough information for the decoder to construct the target sentence. Have a look at the following figure which shows how the performance of the sequential encoder-decoder without attention mechanism keeps decreasing with an increase in sentence length. 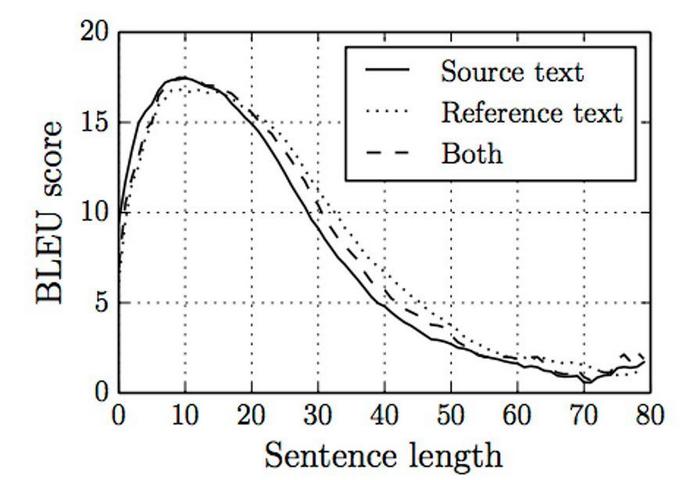 BLEU (Bilingual Evaluation Understudy) is a score used to compare the translation of a text to one or more reference candidates. From the above figure, we can see that encoder-decoders without attention work well for shorter sentences but their memorization power goes down when sentence length increases. The attention mechanism gives more contextual information to the decoder. It informs the decoder how much "attention" it should give to each input word at every decoding step.

The simplest way to think about the core idea behind the attention mechanism is that every time the decoder predicts an output word, it only looks at a part of the input where the most important information is present instead of looking at the entire sequence in compressed form.

Flow of Data in Attention Mechanism

Attention acts as an interface connecting the encoder and the decoder providing the decoder with information from every hidden state of the encoder. This helps the decoder to learn the association between different parts of the sentence thus helping it to cope with long input sentences. Have a look at the following model architecture having bi-directional RNN/LSTM/GRU with an attention layer. 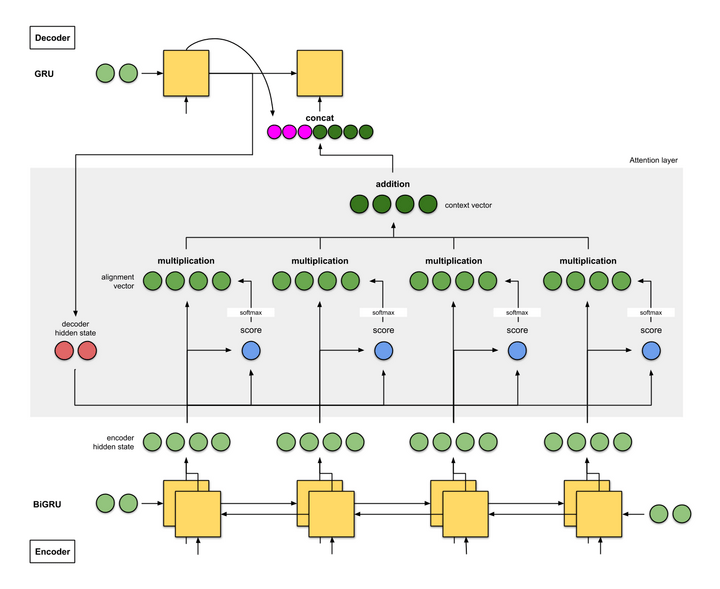 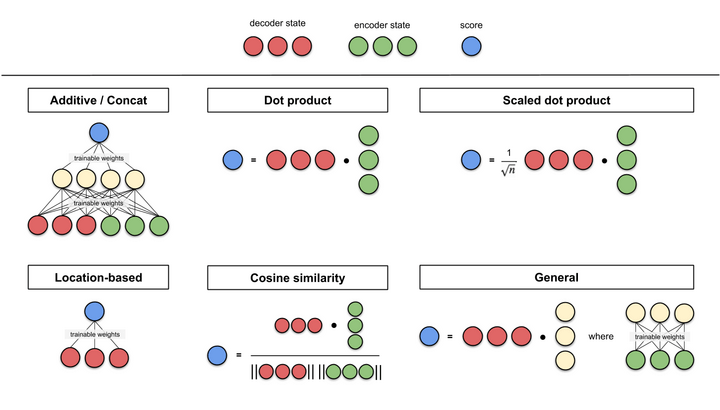 The decoder's hidden state depends on its previous hidden state , the previous predicted word, and the current context vector. At each time step, the context vector is adjusted using the alignment model and attention. Thus at each decoder time step, a selective set of inputs are attended to by the decoder. Now we'll have a look at a step-by-step approach using all the above equations.

Let's take an example where a model reads the English(input language) sentence from start till end, after which it starts translating to Spanish (the output language). While translating each English word, it makes use of the keywords it has understood with the help of an attention mechanism.

The implementations of an attention layer can be broken down into 4 steps.

Step 1: Obtain a score for every encoder hidden state

Step 2: Run all the scores through a Softmax layer

Step 3: Multiply each encoder hidden state by its softmax score

By multiplying each encoder's hidden state with its softmax score (scalar), we obtain the alignment vector or the annotation vector. This is exactly the mechanism where alignment takes place.

Step 5: Feed the context vector into the decoder

This is the simplest approach when it comes to building an attention mechanism for Natural Language Processing Models. All the other advanced methods are derived out from this by tweaking the idea of how attention is calculated.

In this article, we have covered how attention mechanisms came into the picture and how the first set of models looked like. There are many other advanced models which have led to improvement in the basic idea of attention we have discussed. You can always read about them and you can see how they build upon the idea of attention we have discussed in this article. One good place to start is the paper "Attention is All You Need" which gave birth to transformers. Happy Learning!