Navigating Through the Choicest Data Science Use Cases 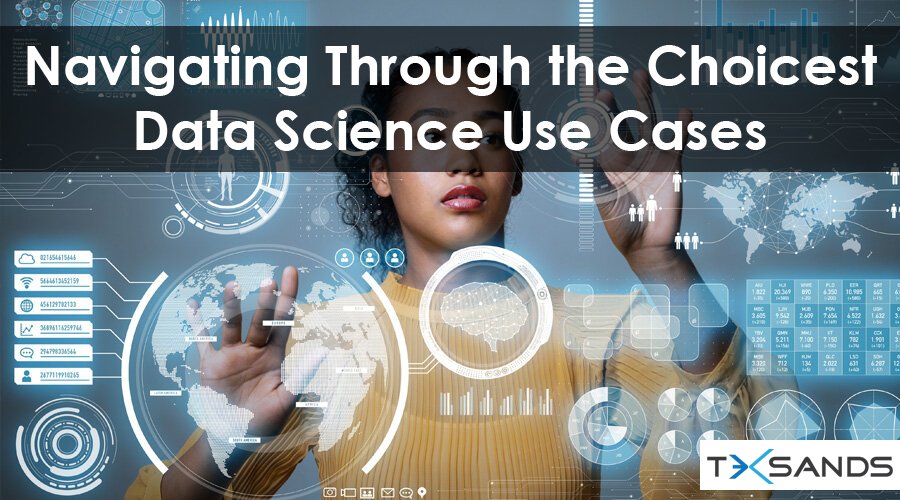 The industrial revolution that data science has ushered into the modern world is no secret to anyone anymore. Slowly but surely, as data started establishing itself as the most sought-after currency out there, the appeal of the data science industry began growing by leaps and bounds as well. As a result, today we live in a world that is not only largely driven by data but also increasingly punctuated with the presence of some truly innovative data science applications.

Every domain and industry out there, has in some capacity or the other, resorted to the usage and integration of data science into their core operations. Consequently, this has resulted in the generation of several real-time data science use cases which impact our daily lives in a significant manner, besides making for extremely insightful academic case studies. So, the next time you sit down to surf the internet for the best data science programs online, you may consider keeping the following use cases in mind to help guide your choices better. Read on to find out more about the choicest data science use cases across various industries out there!

The companies working under the finance industry were among the first in the market to make active use of data science applications. Tired of facing exorbitant bad debts and losses every year, the sector started hunting for options that would help them minimise the same. They noticed that a copious amount of data was getting collected while filing the initial paperwork during the loan sanctioning process. They realised they were capable of neither streamlining the data nor effectively assessing it. Hence, they decided to introduce data scientists into the mix who would not only draw detailed inferences and observations from these datasets but also help them minimise their losses in the process

Over time, finance and banking companies have become adept at analysing the probabilities of risk and default by effectively dividing and conquering data via past expenditures, customer profiling, and other such critical variables. Consequently, it has also enabled them to leverage their banking products on the basis of their customers' purchasing power.

Perhaps no other sector out there receives as many benefits from data science applications as that of healthcare. The following use cases illustrate the pivotal role that data science plays with respect to the healthcare sector.

Data science applications facilitate the integration of a wide spectrum of data with genomic data in the disease research methodology, thereby offering a deeper understanding of genetic issues in reactions to specific drugs and diseases.

They have been successful in adding a perspective at each step of the journey starting from the initial screening of drug compounds to the eventual process of predicting the success rate of the drug produced on the basis of biological factors. Such algorithms are capable of forecasting how a certain compound will manifest itself in the human body with the help of sophisticated simulations and advanced mathematical modelling.

The greatest boon of data science applications to mankind are probably internet search engines. Various search engines such as Google, Yahoo, Ask, Bing, AOL, and the kind make use of data science algorithms to deliver the most optimum results of our search query in a matter of seconds. On an average day, search engine giant Google processes almost a staggering 20 petabytes of data.

Without the presence of data science applications and algorithms, this possibility could have never seen the light of the day. Besides processing large volumes of data, these search engines also take a note of our search preferences to push sites and pages that align best with our needs and interests.

Data science applications are also responsible for fetching digital ads a higher Call-Through Rate (CTR) over traditional advertisements, primarily because these ads can be targeted on the basis of a user's search history and other such relevant parameters.

Teksands bank of deep learning online courses as well as online predictive analytics course in India stand to not only amp up the preparations of a budding data scientists and machine learning enthusiasts but also mould them in perfect alignment with industry standard needs and requirements. With the vision of creating Deep Tech experts in the industry, Teksands is increasingly committed to its vision of dishing out quality Deep Tech education by roping in top professionals who possess solid industry experience.